For millennia, coins have been struck to honor great men and to commemorate their noteworthy achievements. From the exploits of Alexander the Great and Julius Caesar in the ancient world, to the heroic feats of Sir Francis Drake and Admiral Lord Nelson in more modern times, special coins have been minted to celebrate those whose actions have changed history. Coins tell stories. They speak of crowns claimed, wars won, and remarkable providences of God. They memorialize for ages to come those key actors and episodes that helped to define the world during a particular epoch of time.

On November 11th, 1620, the Mayflower, carrying 102 passengers, men, women and children, cast anchor in Provincetown Harbour, 67 days from Plymouth, England. The same day the 41 men in the company solemnly covenanted and combined themselves together “into a civil body politick.” The body politic established a state without a king or a noble, a church without a bishop or a priest, and a domestic commonwealth the members of which were “straightly tied to all care of each other’s good and of the whole by every one.” It was the birth of American liberty. Their fortitude and dedication to the principles of civil and religious liberty gave the world the very first example of a nation successfully birthed as a representative republic, built on principles of life and liberty under God. The ideals embodied in the Mayflower Compact served as a model for the Declaration of Independence close to a century and a half later. 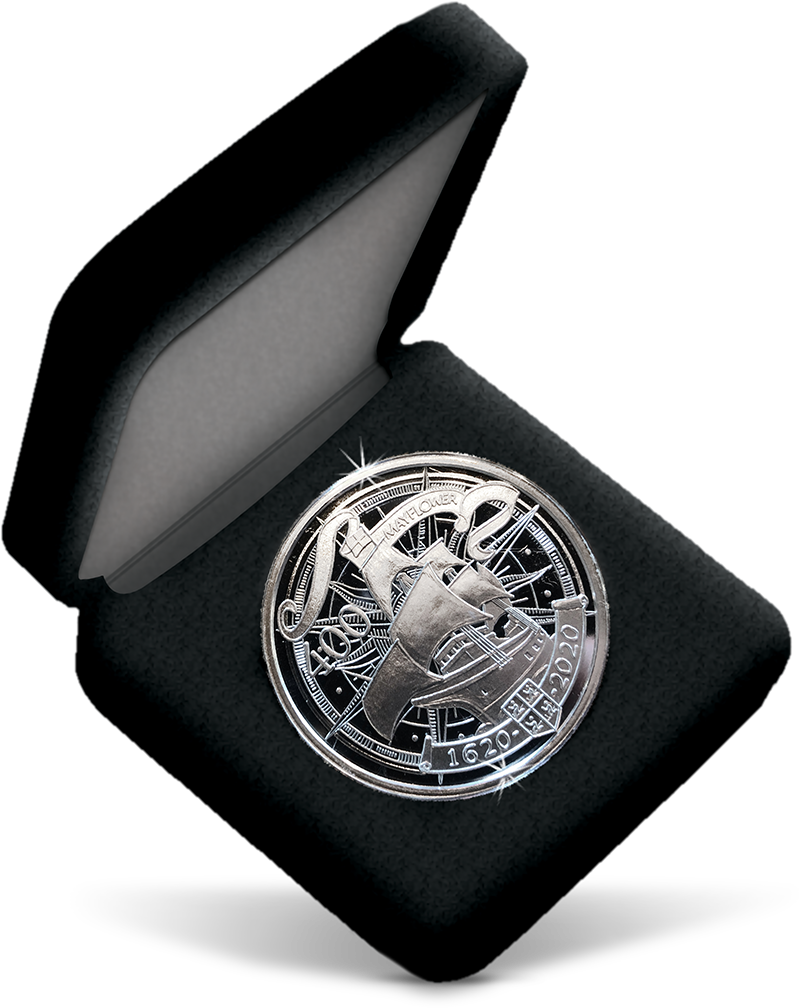 To celebrate the 400th anniversary of the Mayflower Pilgrims, we are pleased to offer a one troy ounce .999 pure silver commemorative coin minted by the oldest private mint in America, Osborne Coinage. The Mayflower 400 Commemorative Silver Coin features the image of the Mayflower, including a beautifully engraved banner tribute to the quadricentennial of American freedom under God. The reverse side highlights the signing of the Mayflower Compact, the first great document of American liberty.

Why a Coin of Remembrance?

The Bible commands us to remember the great deeds of God (Deuteronomy 32:7) and to declare them to the next generation (Psalm 78:1-7; Psalm 145). Time and again, the leaders and prophets of old established memorials of remembrance in the furtherance of this goal (Genesis 28:18; Joshua 4:21-24; I Samuel 7:12). A collectible silver coin is a great way to pursue this mission of remembrance—it adds weight to the honor conveyed and retains intrinsic value that can be passed down for generations.

A Gift that Prepares the Next Generation to “Remember His wonderful deeds which He has done.”

Consider a set of Mayflower 400 Commemorative Silver Coins for yourself, your friends, your children and grandchildren. Every time you give a Mayflower 400 Commemorative Silver Coin as a gift you are not only giving a present which increases in value as the price of silver rises from one generation to the next, but you are sharing a teaching tool that inspires others to tell the story of life and liberty under God by remembering “the wonderful deeds which He has done.” (1 Chronicles 16:12)

The Leyden Preservation Group is pleased to make this beautiful Mayflower 400 Commemorative Silver Coin available on a donation basis, the proceeds of which support the ongoing work of preservation and education for the next generation. Each coin is certified to be .999 pure silver.

Free booklet with your donation

“Out of small beginnings have greater things been produced by His (God’s) hand that made all things of nothing, and gives being to all things that are; and as one small candle may light a thousand, so the light here kindled has shone unto many.”